Agencies are Here to Serve

On the heels of some disturbing data released by the Census Bureau that 1 in 7 people live in poverty, HUD released its own report today whose findings can be seen as a sign of relief for those hardest hit. According to the report, the Moving to Work (MTW) program found that housing authorities are serving more families, improving residents’ quality of life, and preserving housing by operating under the program. The report concludes that the program be extended and doubled in size. 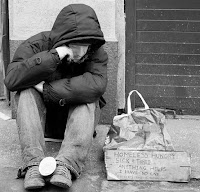 “The lessons learned under MTW are that locally designed programs, with input from stakeholders, can significantly improve lives and make better use of existing resources,” said Sunia Zaterman, Executive Director of the Council of Large Public Housing Authorities.  “This is especially important at a time when demand is surging.”